The race is on. Alzheimer's and other dementias-related research is a dynamic field, and momentum builds every year. As part of Alzheimer's & Brain Awareness Month, you are cordially invited to join us for a free research webinar featuring Dr. Keith Fargo, director of scientific programs and outreach at the Alzheimer's Association, and Dr. Jeffrey Kaye, Layton professor of neurology and biomedical engineering at Oregon Health and Science University, to learn about the latest in research and quest for a cure for Alzheimer's disease.

Dr. Fargo received his Ph.D. from Indiana University and completed a postdoctoral fellowship at Loyola University Stritch School of Medicine. Before joining the Alzheimer’s Association, Dr. Fargo was a researcher with a focus on regenerative processes in the nervous system; he held appointments as a research scientist at the Edward Hines, Jr. VA Hospital Rehabilitation Research & Development Program and as an assistant research professor at the Loyola University Chicago Department of Molecular Pharmacology & Therapeutics

Dr. Jeffrey Kaye is the Layton Professor of Neurology and Biomedical Engineering at Oregon Health and Science University (OHSU). He directs the NIA - Layton Aging and Alzheimer's Disease Center at OHSU and is a geriatric neurologist at the Portland Veterans Affairs Medical Center. He also directs ORCATECH - the Oregon Center for Aging and Technology. Dr. Kaye's research has focused over the past two decades on the question of why some individuals remain protected from dementia and functional decline at advanced ages while others succumb at much earlier times.

Dr. Kaye has received the Charles Dolan Hatfield Research Award for his work. He is listed in Best Doctors in America He also serves on many national and international panels and review boards in the fields of geriatrics, neurology and technology. Dr. Kaye currently sits on the Alzheimer’s Association Oregon Chapter leadership board.

Are you
signed in?

You must be signed in to receive member pricing! 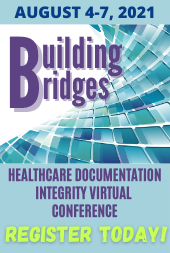